Allies For Freedom Exhibit on the 2nd floor of the John Brown Museum (corner of Shenandoah & Potomac Streets) in Harpers Ferry National Historical Park. Pay the entrance fee and ride the park shuttle to the Lower Town. 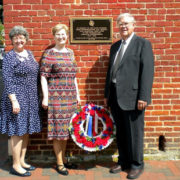 To honor the men of Shepherdstown who fought in the Revolutionary War, a plaque was dedicated on Memorial Day, May 30, 2016, a 100th anniversary gift of the National Society Daughters of the American Revolution Pack Horse Ford Chapter to the town. Cheryl Brown, Regent of the local DAR chapter, and also a Historic Shepherdstown board member, headed up the effort to place a plaque on the town’s War Memorial Building.

In 1910 Shepherdstown poet and historian, Danske Dandridge in her book, Historic Shepherdstown, wrote “Should not a monument to the patriotic young riflemen of Shepherdstown and its neighborhood be erected in our village?”

Dr. John E. Stealey III, a retired distinguished professor of history at Shepherd University, gave an address at the ceremony.  He stated that Shepherdstown’s citizens participated extensively in the eight-year war (1775-1783) and many made the ultimate sacrifice.  He spoke of the prison ships in the New York harbor, where poor conditions led to a high number of lives lost.  Stealey also said, “The War Memorial Building bears plaques recognizing those who gave their lives in World War I, World War II, Korea, and Vietnam…and with the installation and dedication of this plaque on this building in Shepherdstown, we can today assert that the memory of patriotic sacrifices in this community has not faded and has been renewed.”

Pack Horse Ford Chapter Historian, Cindy Nicewarner, led the dedication ceremony and spoke of Danske Dandridge, an early member of the DAR, and her desire for a monument for Shepherdstown’s Revolutionary War dead. Ms. Nicewarmer is descended from John Adam Link Jr., a Revolutionary War soldier buried in the Lutheran Cemetery in Shepherdstown.

During the Revolutionary War, seven companies of riflemen were raised in what would later become Jefferson County.

Among these was Capt. Hugh Stephenson’s Company of 100 men who drilled on a vacant lot behind the Entler Tavern and who made a “Beeline March” to Concord, Massachusetts, in 1776 covering 600 miles in just 24 days.

Some 300 privates enlisted at Shepherdstown, then a mustering point for the Continental Army. Over 100 of these men were residents of the town, which had a population of about 1,000 persons. Two-thirds of the Shepherdstown volunteers, according to historian Millard K. Bushong writing in 1941, are said to have died in active service.

Shepherdstown in proportion to its size, provided more officers and men to the Continental Army than any other town in Virginia.

In addition to serving as Regent of the Pack Horse Ford Chapter, Cheryl Brown is a descendent of Berkeley County residents Robert Snodgrass and James Verdier, who provided supplies to the army.

“In planning for the event, we learned a lot about Shepherdstown’s role in the American Revolution,” Cheryl said.  “But so many of the documents containing information on Shepherdstown’s role are housed at the Duke University Library. At a minimum, a copy of the documents should be available in the Eastern Panhandle of West Virginia.  There is more work to be done! “ 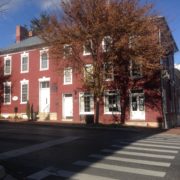 For the first time in years, the Entler will have office space available (as of June 1). Suitable for counselors, therapists, etc., 106 sq. ft of space with closet. Electric, heat, water, and trash is included. Some tenant parking available on a first come first served basis. If you would like to know more, please email HSC1786@gmail.com or call 304-876-0910 and leave a message. 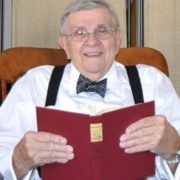 Jim Price “Strange As It Seems” DVDs, while they last!

On October 23, Dr. Jim Price gave a talk as part of HSC’s Speakers Series called “Strange As It Seems: Actual Happenings in Shepherdstown.” One attendee called it “Jim Price at his best”, as I’m sure all who were able to attend agree.

Because many people asked for a copy of the presentation, Historic Shepherdstown arranged through Ascent Video Productions for a limited release of DVDs of the talk. The price is $15, most of which goes to defray the cost of mastering and copying the DVD. Dr. Price has generously agreed for the extra $5 to serve as a fundraiser to benefit Historic Shepherdstown.

During Christmas in Shepherdstown, the DVDs can be purchased at the Historic Shepherdstown Museum on Saturdays between 11 a.m. and 5 p.m., cash or check only please. Those who would like to purchase them at other times can call or e-mail the office at 304-876-0910 or hsc1786@gmail.com to make arrangements to pick up a copy. The office is normally open on Tuesdays, Wednesdays and Fridays from 9:30 a.m. to 5:30 p.m. Again, cash or checks only please. It is also possible to send a check for $19 (which includes shipping & handling) to Historic Shepherdstown at PO Box 1786, Shepherdstown, WV 25443. 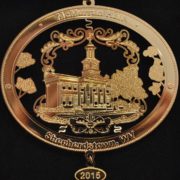