In the middle of an upstairs room in the Historic Shepherdstown Museum is a detailed scale-model steam boat, made of tin and about three feet long. 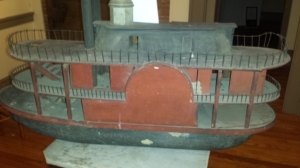 The boat was built by Henry Snyder, a Shepherdstown resident who was murdered in 1864, in a violent robbery by masked bandits.  The crime caused a stir in Shepherdstown at the time, and for some years after.  One of the stories in the Shepherdstown Register, shortly after it resumed publication at the end of the Civil War, was a reprint of an article that had appeared in a Baltimore newspaper in November of 1864. The article told of the robbery at the Snyder farmstead and the murder of a young family member, Henry Snyder.

Who was Henry Snyder and who was responsible for his death?  Were they Northern sympathizers or “carpet baggers” as some claimed, or perhaps others closer to home? And why?

Henry Miller Snyder, “a good citizen and esteemed by all who knew him” according to the Shepherdstown Register,  was born in 1836 at the family farm, Rock Springs, located off of Ridge Road, a few miles outside of Shepherdstown.  A loyal Virginian, he enlisted as a private in the Confederate Army in May of 1861, a month after the state joined the Confederacy.  Just two months later, his unit was sent to Manassas, Va., where he was wounded at the First Battle of Bull Run.  Sent home to recuperate, he began work on his model steam boat. Partially painted red, it would never be finished. 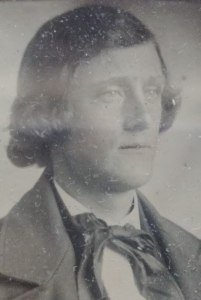 Still in the Confederate Army, in 1863 he married Mary Virginia Moler.

Whenever his unit was encamped nearby, he would at times sneak away from camp without leave to visit his wife and family. 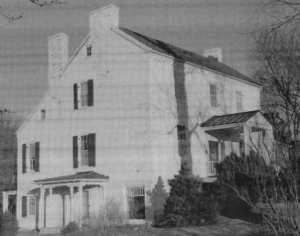 One such occasion was on November 9th, 1864.  According to the article in the Shepherdstown Register, four men on horseback— three wearing masks and one wearing blackface — approached the Snyder farmstead at about 8:00 PM and  knocked on the door.  The robbers apparently knew the area and likely assumed that the elderly Snyders were alone in the house.  Mrs. Snyder, Henry’s mother, expecting the return of a family member, opened the door and three of the men barged in. Demanding money, they grabbed Mrs. Snyder and blindfolded her. Henry’s father, John Snyder, who had been sitting by the fire, stood up, only to be knocked down by one of the intruders, who then tied him to a chair.  The robbers again demanded money.  Mrs. Snyder agreed and they removed her blindfold.  She went to an upstairs bedroom to retrieve the money, which was kept in a small purse.

Henry, who lived with his wife in another part of the house, heard the noise and rushed to his parents’ aid.  In the scuffle, Henry was shot in the arm and the bullet passed through his abdomen and lodged in his back. 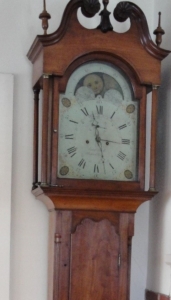 Mrs. Snyder gave the robbers her purse with forty dollars in it. They took the money and then threw the purse on the floor, threatening to shoot the two men’s wives if they didn’t stop their “hallooing.”

Henry Snyder lay bleeding in the front hall of the Rock Spring farmhouse and died some 36 hours later.  A tall-case clock that stood in the room still has a hole where another bullet entered, and it is said that the blood stain on the floor where Henry lay dying is still visible.

After leaving the Snyder Farm, the bandits went to the house of Christian Rhinehart, a few miles away.  They called for him to come out on his porch and demanded money, saying that just as they knew him, he would know them if they took off their masks. They told him that they had already killed one man and would kill Mr. Rhinehart as well if he didn’t hand over his money.  They then hit him with a revolver, knocking him down and taking what money he had in his pockets.

Were the robbers members of a Confederate raiding party, as reported in the Daily National Republican, a Washington, D.C., newspaper a few days later?  According to this article, on the evening of the 9th, Major Harry Gilmor, well known at the time for leading daring raids on Union positions, and his men were on their way to attack Chambersburg, Pa.  Passing through Shepherdstown, they robbed stores and individuals, and murdered a man named Henry Snyder.  Gilmor, in his autobiography, Four Years in the Saddle, admits to being in Shepherdstown at the time, but claims to have gone there to “discover the perpetrators of the fearful robberies, murders, and outrages of all kinds that had been committed in that neighborhood, scarcely a house having been free from such depredations.”

The Snyders apparently knew the identity of the bandits, but never revealed their names “for the sake of their families.” It wasn’t until 1991 that Henry Miller’s niece, Mary Saum, revealed to a select few, who have also remained silent, the names of the murderers. She did add, howeve, that they all died horrible deaths.

In July 1865, the Shepherdstown Register reported that a man named Enoch Thompson was acquitted in the murder of Henry Snyder. No further information was given.  Records of the trial could not be located at the Jefferson County Courthouse, so the full details of the murder may never be known or if the other bandits were ever arrested or even identified.

But the story doesn’t end here.  Even though Enoch Thompson was acquitted in this instance, he apparently went on to live a life of banditry and crime. In 2017 an interesting medallion appeared at an auction in Connecticut. The medallion is inscribed:

“We Honor the Brave
Presented to
Sergt. J.F. Wilt
by the citizens of
Shepherdstown, VA
for killing a
noted highwayman
Enoch Thompson”

The donors of the medallion are “J.W. Grant, & many Friends.”

Sergeant Wilt has yet to be identified; no date or other information was given on the medallion, although it is known that J.W. Grant was treasurer of Shepherdstown in the years after the Civil War. It would seem that Enoch Thompson met his fate shortly after his acquittal.

Who was really responsible for killing Henry Snyder will likely continue to remain a Shepherdstown murder mystery. 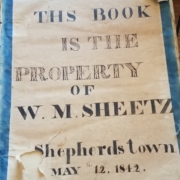